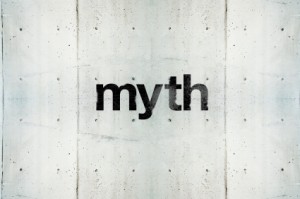 Here are the top ten myths I hear on a daily basis as to why businesses are not jumping on the social media bandwagon.  They’re mostly just excuses, and I’m here to dispel as many of them as I can.

1.)   Social media takes too much time

You control the amount of time you spend on social media.  You should be able to get away with spending 30 minutes to an hour a day and have an extremely effective campaign.  That said, some days you won’t have ten minutes and others you may spend a few hours.  But you’re in  control.  Try to think of your time using social media platforms as an extension of the offline conversations you’re having with your customers.  You aren’t using social media, you’re connecting with those who keep you in business.  On an ideal day you’ll write a few tweets, post a message on Facebook, and update the blog, which should take around half an hour.  If you have another thirty minutes, you can spend it having conversations with your customers and clients.

2.)   My customer base doesn’t get social media

There are 500 million Facebook users.  Do not try to convince me that at least some of your customers aren’t on Facebook.

3.)   My industry isn’t cut out for social media

I haven’t run into an industry yet who couldn’t benefit from social media.  Huge corporations are utilizing it, small businesses are utilizing it, I know that I have been to many a restaurant I wouldn’t have ventured into because I they posted a special on Facebook that got my taste buds salivating.  One of my clients is a divorce lawyer who is using social media to bring in new business.   Winning new customers is about reminding people you exist, and social media is the perfect way to do that.

4.)   I will never learn how to use the applications effectively

This is a defeatist’s excuse.  These applications are so popular because they are easy to use and extremely intuitive.  You probably have some employees on Twitter or Facebook, or who read tons of blogs.  Ask for their advice.  Or just block off a half day and sit down with Twitter and see what happens.  You won’t learn if you don’t try.

5.)   Social media won’t affect my sales, nor can I measure if it does

First off, I would put down good money that if you really start using social media, you will see a jump in sales.  The lawyer I mentioned above has been hired by several new clients since starting his social media persona just a few months ago.  As for measuring results, there are many, many ways to measure results including using Google Analytics.  To learn more take a look at this article.

6.)   The CEO/Owner is the only person who should use it

The CEO doesn’t perform every single task at a company, so why would he/she be required to do this one?  Helping to develop the strategy might be a good idea, but the day-to-day implementation should go to whoever knows the applications and understands the philosophy behind using them.

Social media is a trend, not a fad.  The difference?  A fad is a phenomenon that becomes popular for a short time.  A trend is a general movement towards a new course.  Social media has been around long enough that it can no longer be a fad.  Myth defeated.

This one really gets my blood boiling.  The entire reason social media works is because it is a conversation.  And anyone who has participated in a one-way conversation knows how boring and futile that exercise is.  Engage with people, make yourself a Twitter friend.  It’s not that scary.

Guess what?  You never had control to begin with.  People will be talking about you whether or not you’re in the conversation.  So join.

You’d be surprised at how fast you will see people joining your Twitter following and Facebook page.  And if you’re consistent in your blog updating, you’ll see your numbers rise faster and faster, which will give you a larger audience to engage with and listen to.  People like being involved in the conversation, and if you already have real-life customers, they’ll most likely join you as soon as you ask.

These are my top ten.  Let me know if I missed any in the comments section and we can discuss.