Posted by Rebecca In Success Stories 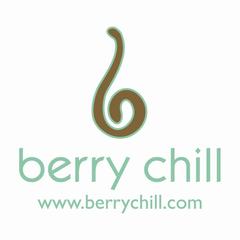 Welcome to the first post of a new series: Success Stories. I am interviewing businesses that are using social media as all or part of their marketing plan.  My first interview is with Michael Farah, owner of Berry Chill, an all-natural yogurt store with several Chicago locations.  Berry Chill has a constant social media presence, and exclusively uses social media to market themselves.  Just how does Farah use social media for his business?  Read below to find out.

1.)  How did you begin using social media?

I started out in the social media world through personal use and decided to start using it for my business too.  Friends of mine had turned me onto Twitter, so I started using it as a personal tool, not too much, just playing around with it.  But once it started to pick up steam last year, that’s when we started using it for Berry Chill.

2.)  Which is the most effective social media application?

We find our followers through other people.  We will see a Twitter user who doesn’t follow us, but who posts a Tweet about Berry Chill.  We monitor that and when they mention us, we’ll follow them and respond to them.  Usually, they’ll start following us back.

4.)  What are your plans to expand on your use of social media?

We don’t have any active plans to expand right now.  We try to be doing all we can at all times.  For example, we were one of the first companies to use FourSquare.  We give people 10% discounts at the register if they check in.

5.)  How is your company different from others?

There are a lot of little things we do differently, and using a mascot (Yogi Jones) is one thing we do to build the brand.  Yogi Jones is how we communicate via Twitter with our customers.  We didn’t want our customers hearing from a business, we wanted a different way to communicate.  So Yogi Jones was born.

Also, the way we do promotions makes us different.  We have our customers participate in focus groups.  Additionally, we do not do any traditional advertising.  I think traditional advertising is past its time and not something our customers read or look at.  Just take into account my own habits.  I don’t know the last time I watched a live television show or read a newspaper that wasn’t on my phone.

6.)  What are the biggest challenges to your social media usage?

I haven’t really found a challenge.  It’s been a really great experience overall.  There’s no downside to it.  It’s very organic.  For example on Twitter, if what you post is worthwhile, people will re-tweet it.  If not, it’s forgotten.

7.)  On a typical day, how much time do you actually spend using social media?

I’ll spend about an hour a day.  It’s a living part of my day.  I check it four or five times a day just to see what’s going on.

8.)  Do you have a company wide social media policy?

There is no company-wide policy on social media.  We encourage everyone to use it, but not everyone is into it.  As for our company branded social media, nobody is allowed to use Twitter of Facebook besides a select few.  You have to keep it controlled.

9.)  What are your tips for a small business owner just starting out in social media?

My only advice that is worthwhile is to tell them to just do it and spend 30-60 minutes everyday on it whether they like it or not.  There’s no class you can take on it.  It’s one of those things that once you start using it, you’ll see the benefits of it.  There are people who are stubborn and don’t want to use technology and that’s fine, but their competition is using it, so eventually they will have to.