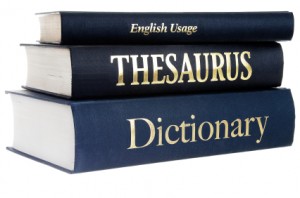 Social media terms are numerous and changing all the time.  There are probably thousands of words whose only purpose is to describe some aspect of social media.  Here are the ones I think will come in handy to know as a newcomer, although I may have gotten a little overzealous and included a few for the more advanced social media user.  Think of those as extra credit.

Bit.ly — Bit.ly will shorten your URLs and also track stats on them.  This is used a lot on Twitter to help condense long URLs so as not to take up too many of your 140 characters.

Blog — A blog  is a type of website or part of a website. Blogs are usually maintained by an individual with regular entries of commentary, descriptions of events, or other material such as graphics or video.

Blogger — A free tool from Google that allows people to create a blog and share their thoughts.  You must publish on their domain, for example if I were to start a Blogger site for myself, it would be www.rebeccaosberg.blogspot.com

Delicious — A social bookmark service.  Users can save web addresses they want to remember or share.  This can be done privately, or you can share them with friends.

Digg — A social news website. The site consists of letting people vote stories up or down, called digging and burying, respectively. Many stories get submitted every day, but only the most Dugg stories appear on the front page.

Facebook — A social networking website.  Users add people as friends and send messages and update their friends on their lives via posts.  This can also be used by businesses as a way to connect to customers.  This site has more than 500 millions users.

Flickr — A social network that consists of sharing images.  It is used to display personal images but bloggers also use it to host images that they embed in blogs and social media.

FourSquare — A social network that is based around sharing your location with friends.  You “check-in” when you arrive at a place so friends know where you are.  It’s gaining popularity among the world of social media marketing.

Hashtag — Words or phrases prefixed with a hash symbol (#) on Twitter which makes certain phrases easier to find.  This is often associated with a certain conversation or else with a conference or event.

HootSuite — A Twitter tool that allows you to manage multiple profiles, and to pre-schedule tweets.

LinkedIn — A social networking site centered around the business world and professional networking.

MySpace — A social networking site that used to be the most popular site in the USA, but Facebook overtook it in 2008.

News Reader — A place to put all those RSS feeds to corral them and be able to read through your favorite blogs quickly and efficiently.  An example would be Google Reader.

Ping.fm — An application that allows you to post to all your social media networks simultaneously.

SEO (Search Engine Optimization) — The process of bringing more traffic and volume to your website.

Skype — An application that allows users to make voice calls over the Internet without a landline or mobile  phone.

TweetDeck — A desktop application for Twitter that allows users to send and receive tweets and view profiles.

Twitter — A social networking site that allows users to send and read other user’s messages called tweets.  A tweet is a text-based post of up to 140 characters. Users can also send direct messages by using the @username command.

Tumblr — A blogging platform that allows users to post text, images, videos, links, and audio to their tumblelog, a short-form blog.

URL — Uniform Resource Locator.  There are technical terms, but basically it’s the “address” of a website.  For example, www.example.com

This is the beginning of the conversation.  I look forward to updating this list as more and more applications are created and shared with the social media world.