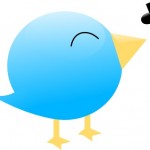 Companies getting into social media are often confused about the difference between Facebook and Twitter. Besides the fact that Twitter limits messages to 140 characters, is there a real difference? Do companies need both? Won’t Facebook with its 500 million users and new buzz-worthy movie cover it all?

Here is my own take on how the platforms differ:

It all comes down to the users.

Regular Twitter users are tech savvy, blogging fools who are completely in touch with the world of social media. They are likely to use Twitter to connect with brands, to engage with customer service, and to recommend companies they like. Market research firm Chadwick Martin Bailey and iModerate Research Technologies revealed that nearly 20 percent more Twitter users were likely to recommend the brands they followed than Facebook users (60 percent of Facebook users, compared to 79 percent of Twitter followers).

Facebook users are less likely to be plugged into social media. Their use of Facebook is more about friends and family and pictures than connecting with businesses. Additionally, I think people are more likely to listen to a friend’s word of mouth suggestion on Facebook than Twitter. Simply because you “know” your friends on Facebook, while most of your Twitter followers are most likely real-life strangers.

The truth is the two platforms are completely different, and are used in different ways.

I’ve also found that a lot of businesses seem to prefer one over another.  Grace Bonney from Design*Sponge prefers Twitter, but in my interview with Viva La Femme owner, Stephanie Sack, she talked about her preference for Facebook.

My conclusion on this rumination over Facebook vs. Twitter? There really is a need and usage for both. You aren’t going to hit the same people by using Twitter and Facebook to market your business. You’re going to hit two different demographics that are using their social media in unique ways.

Not every company needs to be on both platforms, but you are going to be hard pressed to try to convince me why not.

What do you think? Are you on Facebook and Twitter? Do you use them in different ways? Does your business? I am extremely curious on how other people see this conversation, so please let me know.